Brentwood Christian School is excited to announce the 32nd annual Partnership Dinner and Auction featuring musical artists Danny Gokey! Use the links below to sponsor the event, buy tickets, donate, and register to participate in the auction. 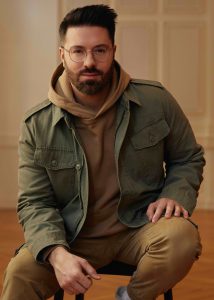 Three-time Grammy Nominee, three-time KLOVE Male Vocalist of the Year, Dove Award winner, and eight-time Dove Award Nominee, Milwaukee native Danny Gokey became a favorite of millions of fans as a Top 3 finalist on Season Eight of American Idol. Following Idol, Gokey dropped his first album, My Best Days and since that time has celebrated a series of No. 1s including his follow up releases Hope In Front of Me, Rise, Haven’t Seen It Yet, holiday albums, Christmas Is Here and The Greatest Gift and, most recently, Jesus People, released in August 2021, which explores a broad spectrum of musical styles. Spawning singles like “Hope In Front of Me”, “Rise,” “The Comeback,” “Love God Love People,” and RIAA Gold-certified “Tell Your Heart to Beat Again” and “Haven’t Seen It Yet,” Danny Gokey has cemented his place on the radio charts with multi-week, multi-chart-topping runs in the United States, Canada, and now Latin markets with the releases of Spanish singles and collaborations. The desire to make a broader impact with his message of hope led to the founding of nonprofit organization Better Than I Found It. He and his wife Leyiet also launched Livin’ la Vida Gokey, a podcast featuring conversations about faith and family. They currently live outside Nashville, TN with their four beautiful children, Daniel, Victoria, Gabriel, and Emanuel. Find out more at DannyGokey.com.