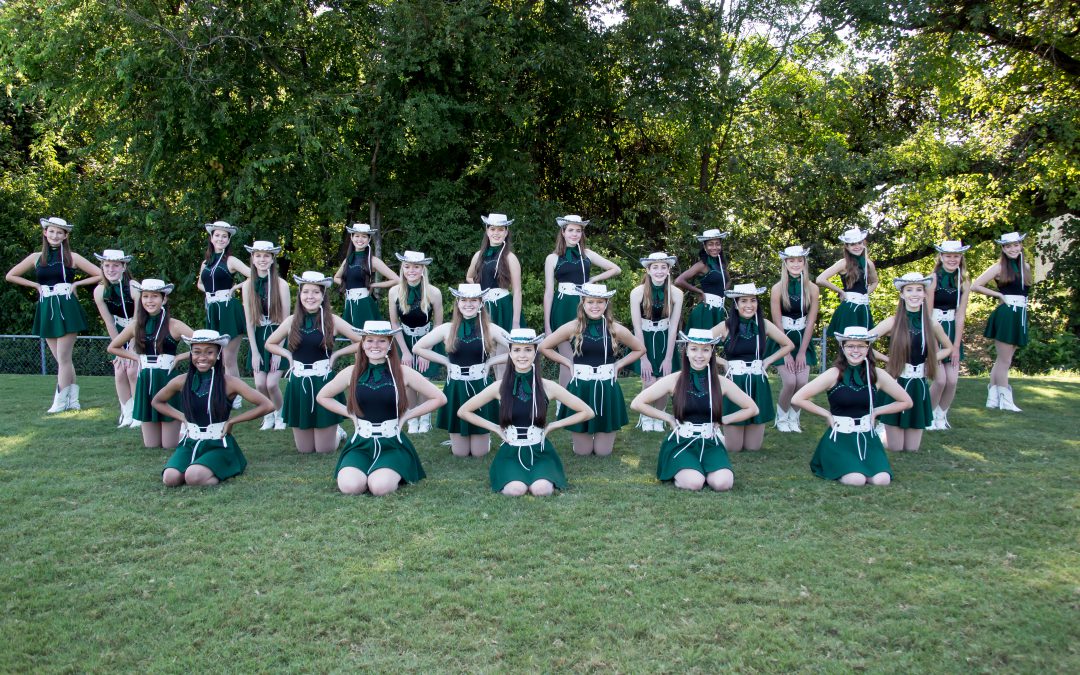 Spring sports are in full swing and our student athletes are off to a great and record breaking season! Read all the details below:

The Lady Bellas competed Saturday, March 6th against area public schools and received many awards. They got second place overall for their team routines, officers routines, and small ensemble. They received 1st Place, Best in Class Champion, for their officer and team routines. They had the highest team GPA and received the Academic Excellence Award. Officers received the Grand Champion award. Team dances received the Challenge Elite Award and out of hundreds of dances, their team pom routine, Shake Senora, was one of three dances selected as the Judge’s Choice Award!

On February 24th our Bears and Lady Bears participated in the track meet at Lago Vista. Coach Washington said, “The boys competed well in the season opener placing 2nd with a total of 118 points against some great competition including Rockdale, Lago Vista, and Jarrell. Chris Mayo won the open 200, and Brandon Tindel won the triple jump. Noah Shelby placed 2nd in the open 100, and Parker Combs placed 2nd in long jump. We placed top 6 in every event we competed in, there was so much to be proud of. It’s a great day to be a bear!”

As for our Lady Bears, Julia Glenn set a new school record in the triple jump with 34’ and got 1st in long jump. Juliet Booker placed 2nd in the 100 and 3rd in the 200. Lucy Belcik placed 4th in 2 mile! Our Lady Bears team placed 4th overall against 8 teams with a team score of 53.

Our Bears did just as well and also took home 1st place in the Allen Academy Relays. The boys scored points in every event they competed in. This is the first time that BCS has won a track meet, so it is a major accomplishment. Our Bears also broke 3 school records! Noah Shelby broke the 100m record with a time of 11.02, Brandon Tindel broke the triple jump record with a jump of 39’10, and the 4x100m relay consisting of Parker Combs, Noah Shelby, Brandon Tindel, and Chris Mayo set a new school record with a time of 44.2!

On February 6th our Varsity Bears played against Bay Area Christian. While the team played hard they ultimately lost 4-1.

On February 9th our Varsity Bears played against JPII and won with a final score of 16-1. After the game, Coach Doege said “Our Bears hit the baseball really well this game”.

On February 23rd our Varsity team played against St. Stephens and won 17-3. This was another great example of the hard work put in by the team during practice. We had some great pitches and hits for sure!

On February 25th Our Varsity Bears played the first game of our home tournament against Bruceville-Eddy. The Bears definitely showed up for our BCS “Claws Up” Classic with a 8-0 win. The Bears’ second game of the day was played against Thorndale and once again our team was victorious with a final score of 10-0.

On February 27th Our Varsity Bears played the 3rd game of the BCS “Claws Up” Classic against Grapevine Faith. After a full and long weekend of baseball our bears lost the last game 11-3. Our Bears took 2nd place in the 3rd Annual BCS “Claws Up” Baseball Classic!

On March 2nd our JV Bears played their first game of the season against Jerrell. While our Bears played hard during their season opener they ultimately lost 13-3

On March 4th our Lady Bears softball team played against Hyde Park and won with a final score of 27-12! Coach Tyson said, “Our Lady Bears scored 12 runs to open up the game and take a commanding lead but the score was 15-12 going into the 5th inning”. The LAdy Bears stopped Hyde Park right there and took home the W.

On March 8th our Lady Bears softball team played against Eastside Memorial and Won 14-3! Aurora Tyson hit a homerun and McKenna Counts was our winning pitcher!

On February 24th our Bears and Lady Bears hit the links at the Regents Golf Invitational at Plum Creek in Kyle, Texas. Several Schools both public and private competed in this Invitational Tournament. Sophomore, Eston Duff shot a 1 over par with a score of 72 to win the Boys Medalist Division. Ben Hansen, Dakota Johanson, Alishah Mohammed, & Clara Tillotson also competed in this Tournament and did well

On March 1st our Bears and Lady Bears hit the links once again! St Michael’s hosted a TAPPS Golf Tournament at the Wolf Dancer Golf Course in Bastrop, Texas. The tournament was played in 50 degree weather with wind and scattered rain throughout the day. Eston Duff shot 3 over par with a score of 75 to win 1st place in his division. This was his second Brentwood golfing victory and we know there will be many more in his future. Ben Hansen, Dakota Johanson, Alishah Mohammed, & Clara Tillotson also participated in this tournament they kept their heads down and played through the cold & wet weather

It truly is a great day to be a Brentwood Bear!