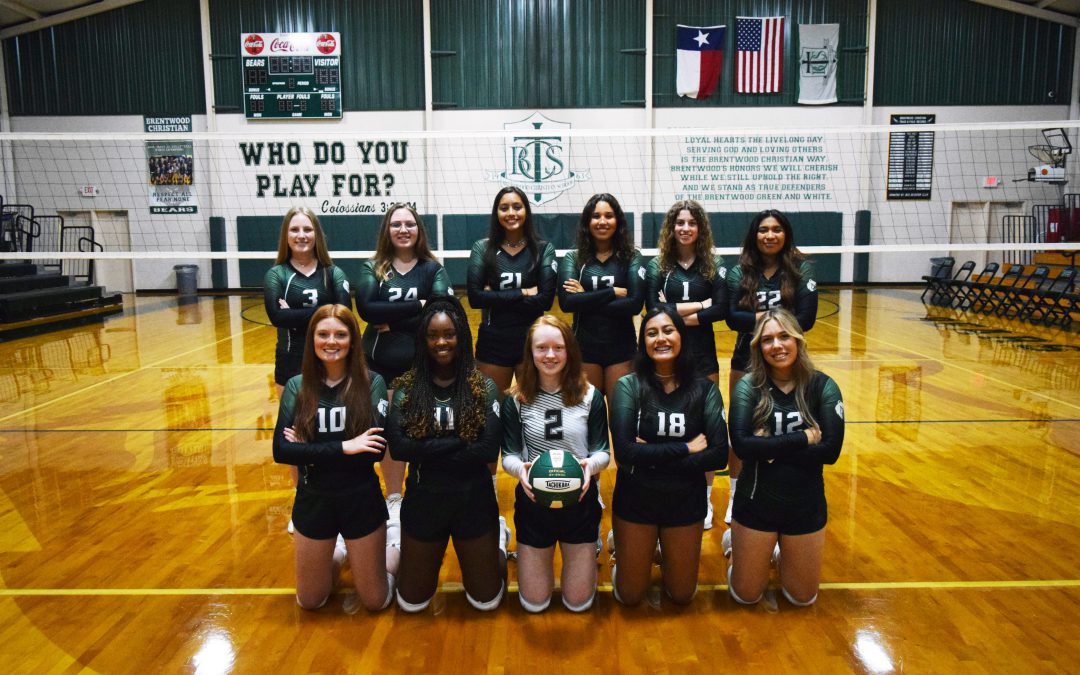 Our Football and Volleyball teams are in the playoffs and winter sports have started. Read below for this week’s athletic update!

After winning the Area playoff home game our Lady Bears are moving to Regionals! The next round of playoffs will take place tomorrow, Saturday, November 13 Flatonia High School in Flatonia at 3:00pm. The Lady Bears will take on Houston 2nd Baptist.

On October 29th our Bears played against Boerne Geneva and won with a final score of 48-31. The Bears clinched a playoff spot with a big-time district win over Geneva. The Bears offense was led by senior RB Conner Rohlack who racked up 207 yards on 18 carries and 4 TDs. Keller Jackson also had 3 TDs on the ground with over 100 yards rushing and 100 yards passing. Cason Best and Ben Copeland led the defense to a big-time shutout in the second half only allowing 7 points. Cason had 13 tackles & 3 sacks. Ben had 10 tackles & 3 sacks as well.

Our Bears next game will be today at Ft. Bend Christian Academy. The kickoff is at 7:00pm.

On October 30th our JV and Varsity Lady Bears played against San Antonio Burbank. Our JV girls brought home the “W” with a final score of 34-16. Zaniah Williams was the top scorer with 11 points. Carolyn Morgan had 6 rebounds and 4 steals! Our Varsity team never gave up but ultimately fell short with a 31-54 loss. Savannah Napper had 9 rebounds and 4 blocks.

On November 2nd our JV Bears played against the South Austin Warriors. Our Bears fought hard but ultimately fell short with a close 65-52 loss. Colton McLain played well in his first game coming back from cross country. The team rallied and brought a big lead down to 8 but couldn’t catch back up before the final buzzer.

On November 5th our Varsity Lady Bears played against SACS. It was a hard 63-11 loss for our girls. The team had great hustle and learned a lot from this game.

On November 10th our Varsity Lady Bears played against Hill Country Christian and won with a final score of 37-24! Abbie Burcham and Carolyn Morgan lead the team on offense as combined they had 7 threes and Carolyn had 19pts, Abbie 6. Another standout player was Eden Peterson with 5 points.

We are looking forward to the start of Soccer! The first home game will be on Friday, November 19th. The Lady Bears will play at 5:00pm followed by the Bears at 7:00pm.