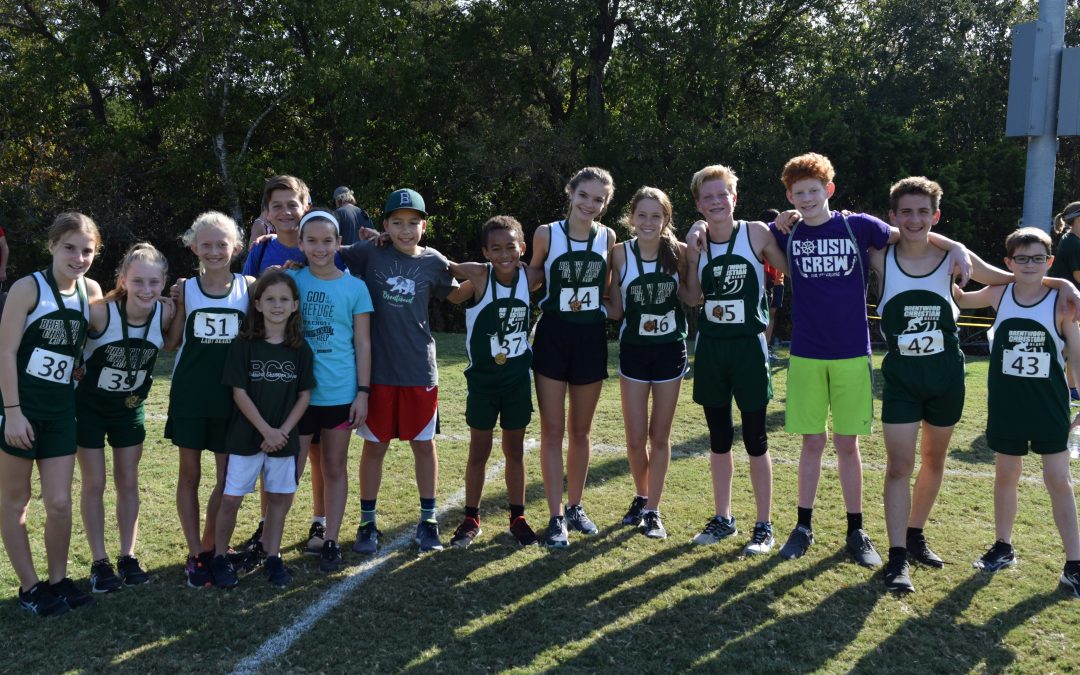 On Monday, October 21st our high school Bears and Lady Bears competed in the state meet. Out of 25 full teams for both boys and girls, our Bears placed 8th and our Lady Bears placed 11th. Coach Smith stated, “the course was tough but everyone ran well”.

On October 17th our  5th grade flag football team played against Holy Family. Even though our Bears lost with a score of 28-7, we came out strong in the second half and pulled flags well overall. We also had two great offensive drives in the second half!

On October 22nd our  5th grade flag football team played against Redeemer Lutheran and won with a score of 13-6! Our defense was fantastic this game. On one possession, Tucker Smith got 3 sacks in a row. Dalton Griswold scored 2 touchdowns. Kenton Auberger had a great interception that allowed us to maintain our lead.

On October 19th history was made on campus as we hosted our first ever BCS Bears Invitational! There was no team score for the 5/6 grade girls and boys but Harper Counts won the girls race with a new pr of 13:16! Hailyn Counts placed 7th, Lyndon Worley placed 11th and Anu Aguntade placed 19th. For the boys, Cooper Lesco placed 14th and Solis Gauthier placed 21st. For our 7/8 grade girls and boys, the girls scored 19 points and won! Katie Pittner placed first and set a pr of 13:46! Abby Munoz placed 5th, Lauren Self placed 6th, Lyla Kate Jackson placed 7th, Elizabeth Evertson placed 22nd and McKenna Counts placed 23rd. For the boys, Renne Cooper placed first with a pr of 11:55, Colton McLain placed 4th, and Jacob Evertson placed 12th!