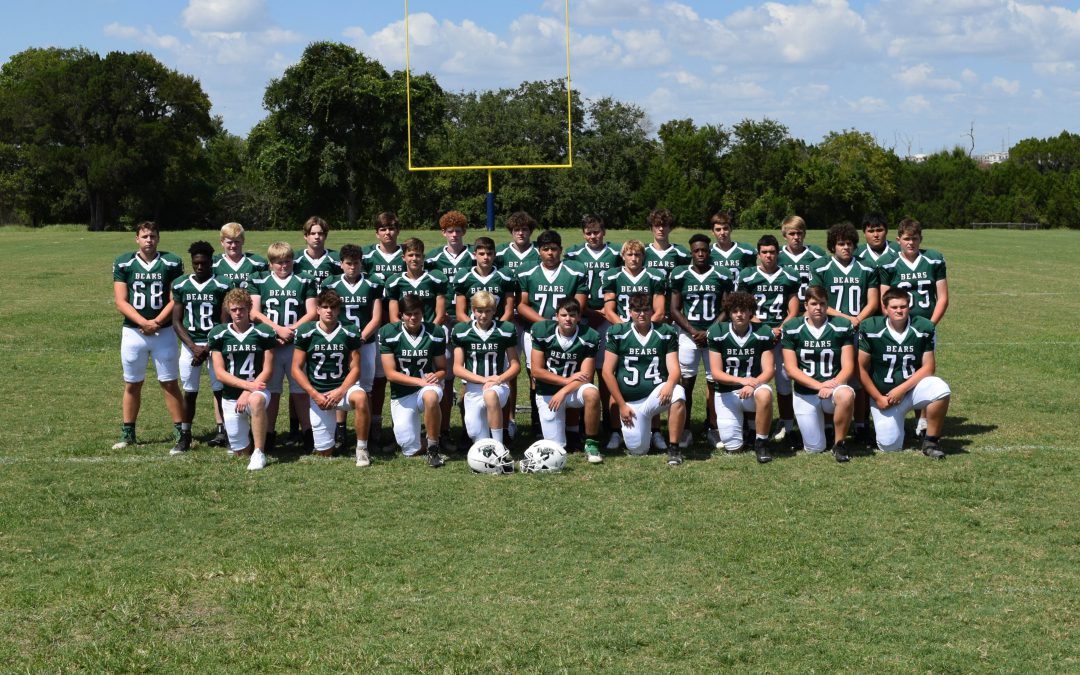 Tomorrow is Homecoming! We hope to see everyone pack the stands as the BCS Bears take on the Savio Eagles. Tailgating with live music starts at 5:00pm, gates open at 6:00pm, and Kick-off is at 7:00pm! Please read below for the most up-to-date athletic results.

On September 10th our Bears football team played against Yorktown. The Bears overcame a 27-7 deficit and took the lead in the 4th quarter with a score of 40-39 but ended up falling short in the last minute of the game losing 45-40. Our offense is explosive and is the 4th highest\ scoring offense in TAPPS. The Bears had 485 yards of offense. Keller Jackson had 117 yards passing, and 128 yards rushing with 3 TDs. Conner Rohlack had  17 carries for 157 yards and 3 TDs. The offensive line led by seniors Caleb Riley, Ben Copeland, David Ayala, and Drew Phipps had a dominating night upfront. In the first two games, the Bears have over 1000 yards of offense.

Our JV team put in a great effort but ultimately fell short. Our Lady Bears had scores of 23-25  and 8-25