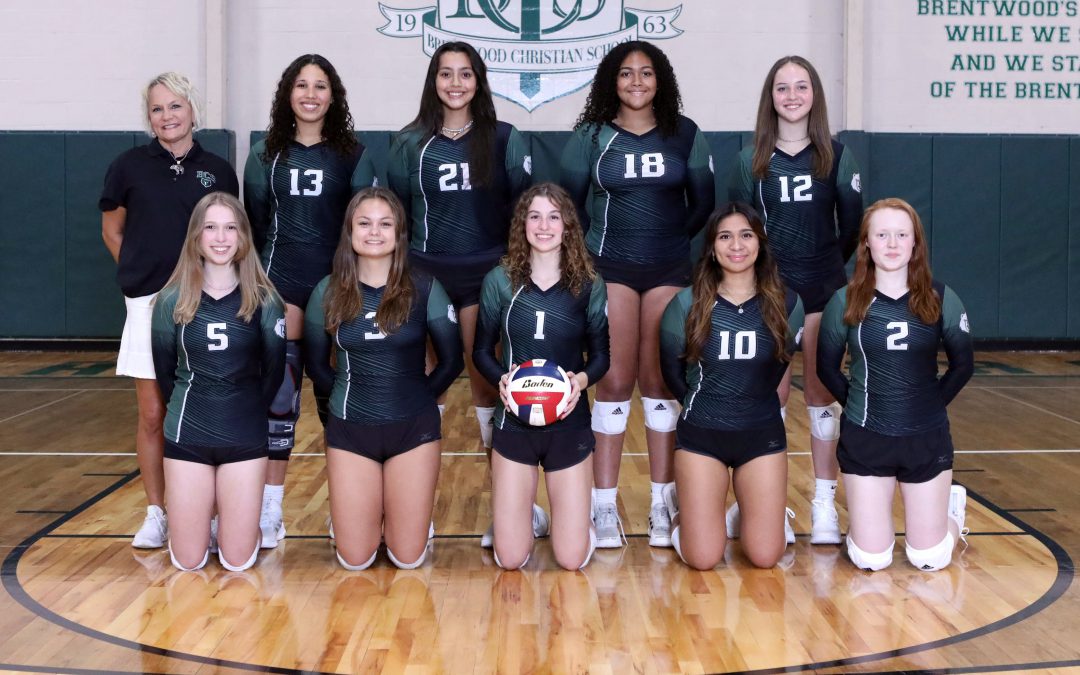 On August 25th our Varsity Lady Bears Competed at the Rockdale Tournament. For the first game, our girls went head to head with the Austin Royals and won! Rayen Flandes had 6 aces, Parker Kimball had 5 aces, Ashlynn Alvarado had 6 kills, and Kendal Roberson had 5 kills and 2 block kills! The second game saw us competing against Bryan we won with scores of 25-7 and  25-11 and Ashlynn Alvarado had 6 kills. Our last game saw us hit the court with Bartlett and again our Lady Bears delivered the “W” with scores of 25-5 and 25-10. Rayen Flandes served 17 times in a row and had 7 aces!

On September 6th our JV White team played against Savio and won with scores of 25-13 and 25-20. Allie Landry served for 27 points and had 4 kills, Quinn Kirchoff had 11 kills, and Karlee Lawrence had 4 kills

On September 6th our JV Green team also played against Savio and won with scores of 25-13 and 25-22. Ariba Mohammed had 7 kills , Natalie Fogle had 4 kills and 1 block, Peyton Gates had 3 kills, and Abigal Kampman had 3 kills. Our defense was led by Charis McGaughy, Carina Combs, and Caitlin Bennet.

On August 26th our Bears football team played against CTCS. Coach Tidwell said after the game, “We started the game slow which was to be expected with the number of seniors that graduated last year. CTCS jumped out to a 14-0 lead in the first quarter and our offense responded with a touchdown. This was great to see our team did not hang their heads or feel sorry for themselves. They continued to fight and make this a close game. CTCS was held out of the endzone for the last 3 quarters of the game. The defense forced 3 turnovers.” Even though they fought hard, our Bears ultimately lost 14-12. Tabor Tyson scored a 42-yard touchdown run. Taylor Cunningham had 2 fumble recoveries and an 85-yard fumble recovery for a touchdown, and Jakob Megilligan had an interception.

On September 9th we finally had a Friday Night Lights on BCS Campus. Our Bears played against TMI. We started out very strong against a great opponent. Coach Tidwell said “TMI was favored to win by 28 points. Our players knew that they would have their hands full with a really good team. TMI has a UTSA football commit. Coming into the game he had been averaging 8 catches for 93 yards and two touchdowns a game. We held him significantly under those averages 4 catches for 48 yards and 1 rushing touchdown.” Brayden Jennings had a 50-yard touchdown throw to Tabor Tyson and Tyson had a 70-yard touchdown run.

On August 19th our High School Cross Country team competed in the Temple Invitational Relays. Our Bears and Lady Bears had a great meet!

On September 3rd all of our Cross country teams competed in the FEAST meet outside San Antonio. This is one of our bigger meets and our teams did great! Our Varsity boy’s team was the only complete team that day and they placed 19 out of 26 with a score of 472. Renne Cooper ran in the Elite Race (5K) and got a school record time of 15:52 and came in 3rd place. Rodrigo Real ran his Varsity 5K in 17:22. Harper Counts ran in the girls’ Elite Race and ran her 5K in  18:29 coming in 9th place. Haliyn Counts ran in the Varsity girls’ 2-mile race and had a time of 13:43. Macie Griswold also ran the Varsity 2-mile with a time of 13:46

As for our 5th-8th grade bears, unfortunately, we do not have team scores BUT all of the Beals and Lady Bears ran strong and well

On September 10th all of our Cross country teams competed in the Cedar Park Invitational. Our Bears and Lady Bears competed against some of the biggest schools in the Austin area. Our JV girls won their division!

For our middle school Bears and Lady Bears, Lynden Worley was the top girl and Xavier Parra was the top boy

On September 15th our High School Cross Country teams competed in Salado. Our Bears team scored 246 points and our Lady Bears team scored 151 points against 1A-4A public and private schools. Our girls came in 4th place and our boys came in 8th. Harper Counts placed 1st in the 2 mile with a time of 11:54. Renne Cooper placed 1st in the 5K with a time of 16:06