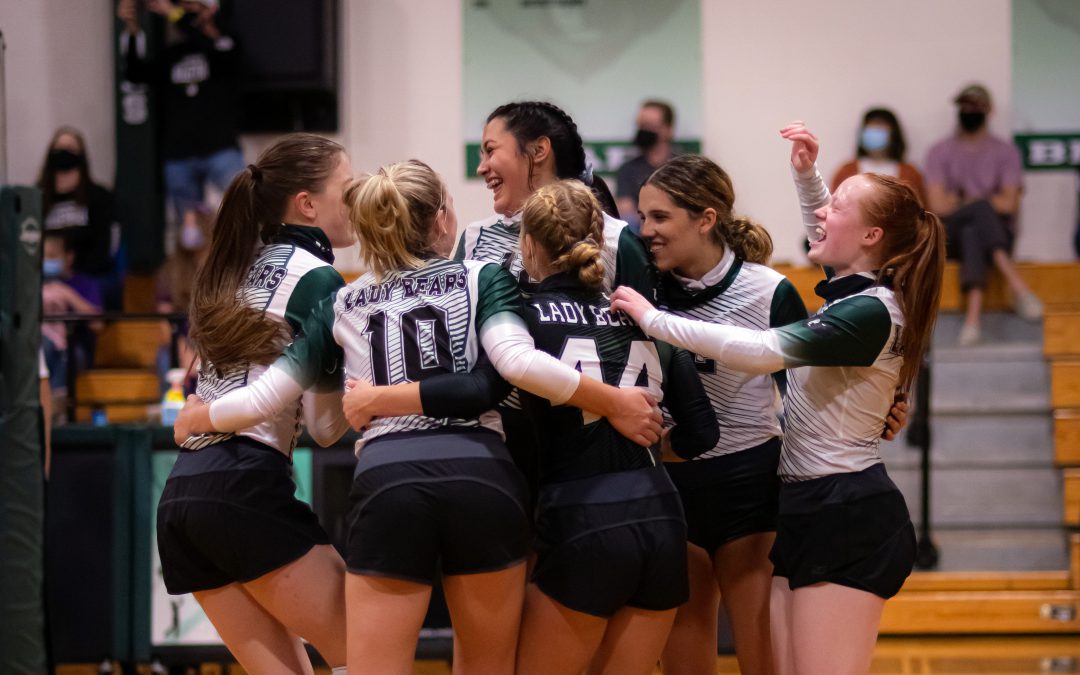 On September 11th our Varsity Lady Bears played against Taylor High School. Our team is on a roll and won their second game of the season! Caroline Griffith had 19 kills and 18 digs, Ava Alvarado had 11 kills, 25 assists, and 12 digs, Brooklyn Allen had 8 kills, 21 assists, and 10 digs, Laura Wilson had 8 kills and 4 aces, Ashlynn Alvarado had 7 kills, Aurora Tyson had 12 digs and 20 3-passes, and Savannah Napper had 4 blocks and 4 kills.

On September 11th our high school cross country team had their first meet, there were 8 teams total. Our Lady Bears placed first and while our boys’ team did not place, they ran wonderfully with half the team (John Youngdale and Jacob Evertson) finishing their first-ever 5K!

On September 19th our high school cross country team had a meet and competed against 6 other teams. Our Lady Bears placed 2nd and our Bears placed 5th. Katie Pittner placed 3rd, and Jack Leidlein placed 20th

On September 18th our Varsity Bears football team had their first scrimmage of the season. Our team showed up with and shut out St. Anthony with a score of 21-0. New Head Football Coach and Associate Athletic Director, Correy Washington stated, “The Bears played stellar defense with Aaron Lilya and Cason Best leading the pack. Keller Jackson threw the ball well and had great protection from the offensive line. Zack Billante, Riley Keesey, and Sam Benton were the leading receivers. Conner Rohlack rushed for 1 touchdown, and Sam Benton scored twice on the ground”.

Our Varsity Bears will be playing in Waco tonight!