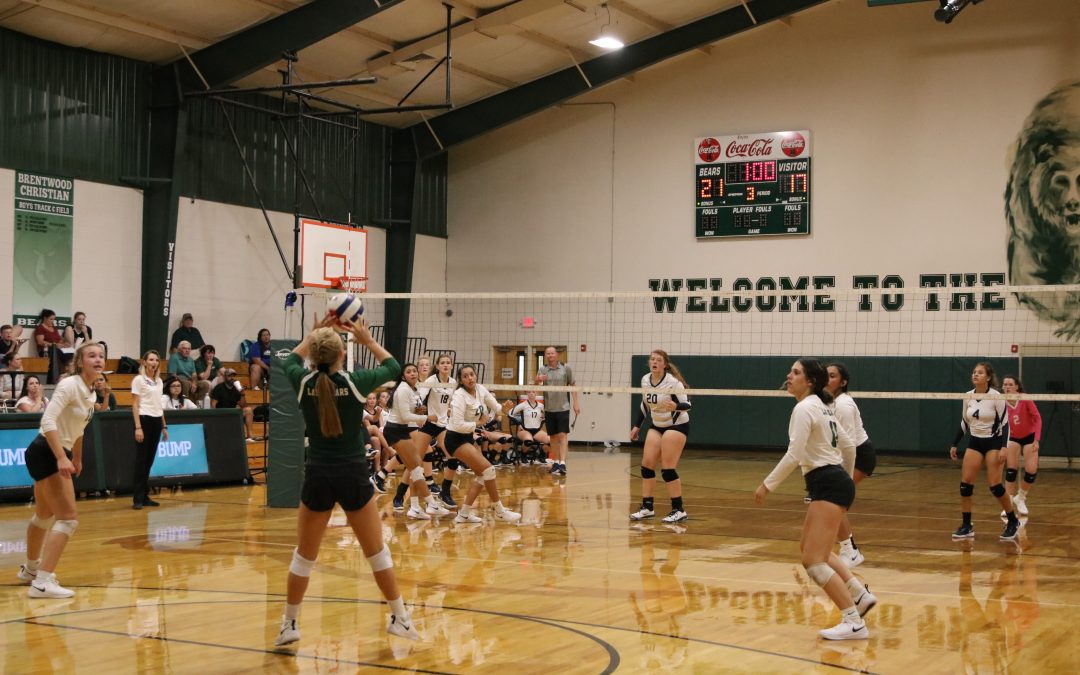 Our Bear and Lady Bear athletes had another wonderful week!

On Friday, August 29th our Bears and Lady Bears competed at the Profit Invitational in Temple, Texas. The varsity boys scored 191 and placed 6th.  Julia Glenn placed 35th and Minho Yoon placed 14th with a time of 18:27.

On August 30th-31st our varsity team competed at the Prince of Peace Tournament.

Out of the 18 schools competing, our Brentwood Christian Lady Bears won third place at the Prince of Peace Christian tournament! Way to go!

On September 3rd our JV and varsity Lady Bears volleyball teams played against Veritas. While the JV Lady Bears put up a good fight they ultimately lost with scores of 25-22, 19-25, and 15-17. Abbie Burcham served 6 points in a row in the first set, this enabled the team to come from behind and win the first set, Abbie also had an amazing save in the last set.