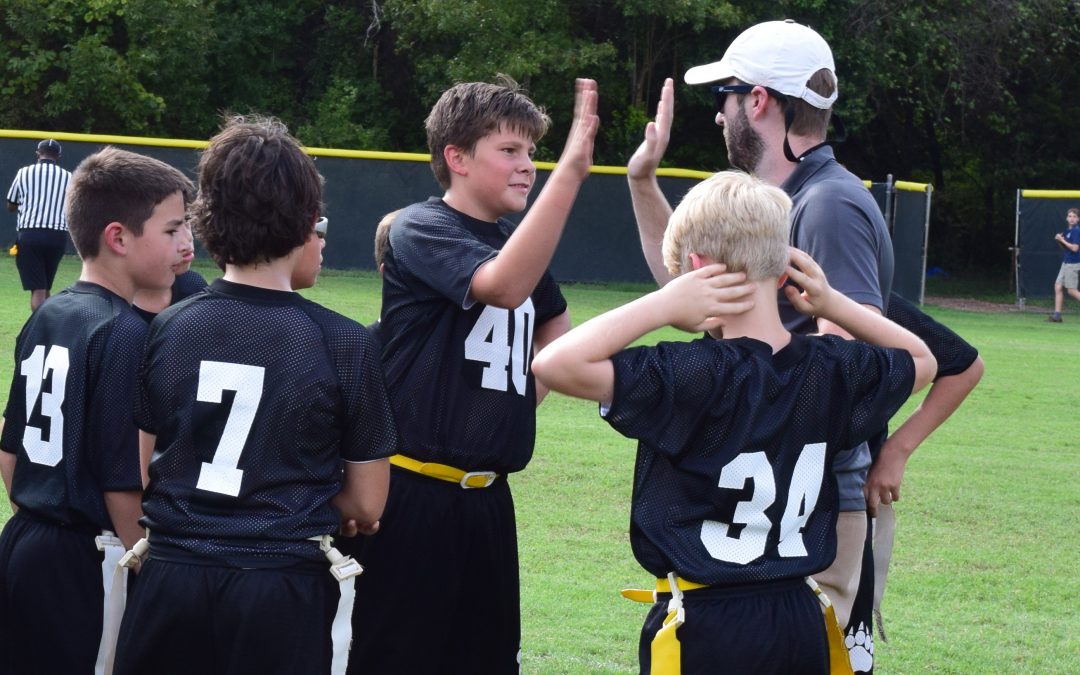 The cross country team had a meet on September 7th in Pflugerville. Both boys and girls teams placed 3rd in 1A-4A varsity races! Riley walker set a new school record in the 5K race of 17:47. All runners bettered their times from the last meet.

On September 15th the BCS cross country team ran in the Cedar Park Invitational. The teams raced against over 150 runners in their largest meet to date! Jade Wright, Sydney Cooper, and Emma Diaz all placed in the top 50. Michael Milicia, Jack Leidein, and Mitchell Johnson were the top 3 finishers for the boys.

On September 20th our cross country team had a meet in Salado. The Boys team placed 8th, and the Girls team placed 9th.

Our volleyball team played in the FAST Tournament on September 8th. The Lady Bears played and won against Duchesne and Emery. As a team, they had 11 aces and 29 kills! Unfortunately, we lost against CHSM. Coach Woods said the girls worked hard, but couldn’t pull off the victory in the championship match of the silver bracket.

On September 6th our JV football team played against Central Texas Christian. The game was tied 0-0 at the half and had to be stopped due to lightning. The bears were playing great defense up until the lightning cancellation. Cason Best was leading the team in tackles, along with Aaron Lilya and Seth Taylor not too far behind him.

The middle school cross country teams also competed in the Cedar Park Invitational. The girls team placed 2nd out of 16 teams and the Boys team placed 9th out of 18 teams. 3 girls placed in the top 25 out of about 200 runners!

Renne cooper was the first boy finisher in 24th place with a time of 13:16. Colton McLain and Foster Snell were in the top 3 finishers for BCS and all ran under 14 minutes.

On September 6th the 5th/6th 4A volleyball team beat Redeemer Lutheran 2-0. The 4A Lady Bears looked strong in the first match of the season. The 4A and 6A teams combined to complete over 8500 bumps practicing over Labor Day weekend, resulting in solid defense Thursday afternoon. Quinn and Maddie Kirchoff provided excellent serving to help their team.

Then our 5th/6th 6A volleyball team played and won in 2 sets! Natalie Fogle and Claire Montgomery served multiple ace’s in the game.

On September 13th the 5th/6th 4A volleyball team played against Round Rock Christian. The Lady Bears lost their second non conference game to a very good RRCA team.  Jacy Kitchens played strong defense, and Peyton Gates provided excellent leadership for the team. The 7th/8th 4A volleyball team also lost to RRCA. Coach Weston said it was a good learning experience for the teams.

On September 6 the 5th/6th 1A flag football team won 20-12 against St Austin! Luke Weed threw a TD pass and had an interception to help lead 1A to an opening season victory over St Austin’s 2A team!

Our 5th/6th 3A team also played on September 6th and won! The Bears beat RRCA 20-0! Victor Koncaba had 2 big interceptions. Jack Copeland had 3 receptions in a row early on to give us our first scoring drive. Colston Allen and Griffin Smith both hit receivers on go routes for major gain in yards.

On September 13th the 5th/6th 3A flag football team played Redeemer and won 20-7. Colston Allen threw the well in the 1st half at QB, hitting multiple receivers on our first two drives. Griffin Smith and Jack Fluitt had multiple sacks, and did a great job rushing!

On September 20th the 5th/6th 3A flag football team won their game 7-0! This game was all about defense. Mark McGuinness made a key interception in the first half. Conor Schehl had a big flag pull in the final seconds of the game to keep the opposing team out of range of the end zone. Griffin Smith connected with Jack Fluitt early in the first half for our sole touchdown. It rained hard, but we played harder!