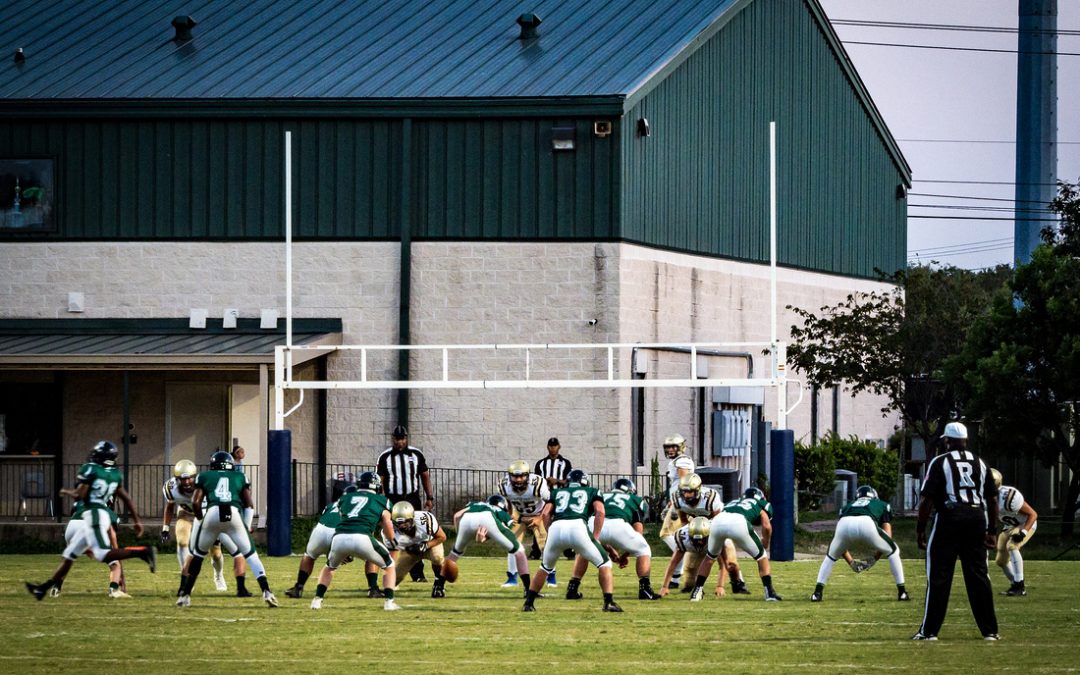 High School Varsity Football
The Bears made the two-hour road trip to Hallettsville and came home winners to improve their record to 5-1 for the year. Blake Benton connected with Phillip Mach for a touchdown pass and first score.  Hunter Burcham had a tough 5-yard run to put the Bears up by two touchdowns. Blake Benton added a score after the defense held and forced a punting error. Ben Ogbodiegwu added the final score to put the game out of reach. Jonah Connor was a perfect 4 for 4 on extra points for the night. The defense had two stops inside the red zone and forced one turnover.

JV Lady Bears came back from behind to win a nail biter of a match to John Paul 15-13.

The Bears played stingy defense only giving up 2 scores and forcing 3 turnovers which one was run back for a touchdown by Connor Rohlack. Cason Best lead the defense in tackles along with getting an interception for a 20-yard return. The offense played well, Keller Jackson connected with Meyer Sunshine on a 30-yard pass. In addition to hitting Ethan Rivera a few times for third down conversions, Jackson also ran a touchdown in, and Connor had 2 rushing touchdowns.

5/6 3A defeated Holy Family 47-7
3A played great in a victory over Holy Family on Thursday. Colton McLain had a standout game as he caught and even passed for a touchdown.