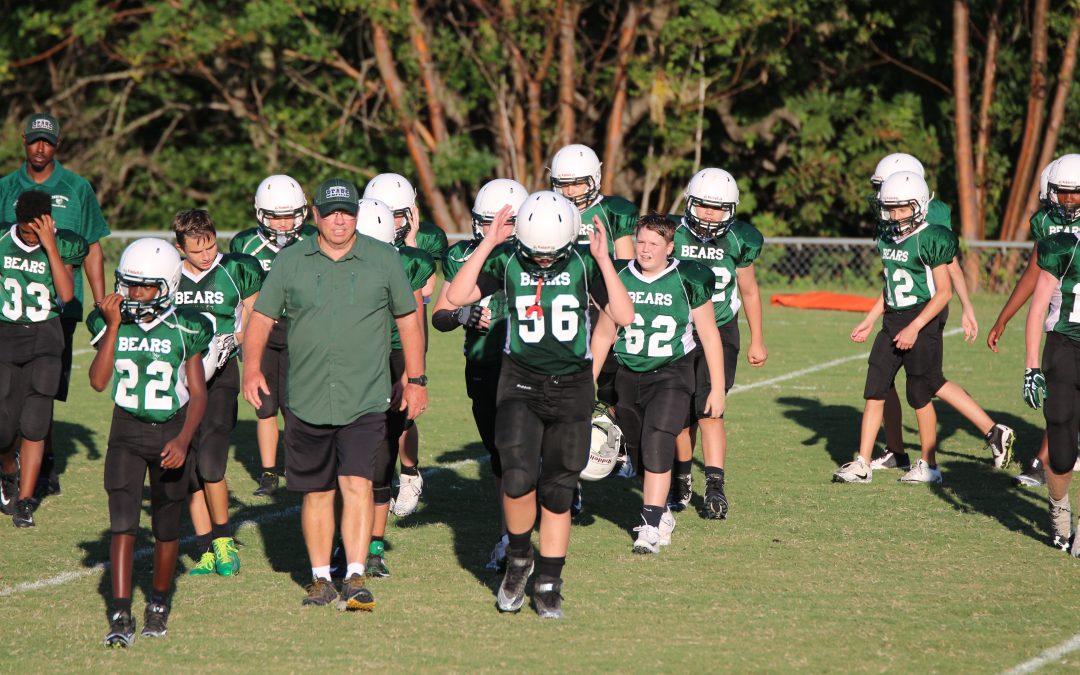 The Brentwood Christian Bears started the season with a bang by defeating Killeen Shoemaker’s JV team 36-0. The Bears took the ball and used up almost 7 minutes of the first quarter. Jonah Conner started the scoring for the Bears with a 17-yard field goal. The next BCS score came when the Bears tackled the Shoemaker quarterback for a safety. Phillip Mach started the scoring in the 2nd quarter when Blake Benton connected with Mach for a 20-yard touchdown. Conner was good on the extra point trying to make the score 12-0. Conner added another field goal to make the score 15-0 at the half. It didn’t take long for the Bears to add another score in the second half when the defense gave the offense a short field.  Ben Ogbodiegwu sprinted in from 5 yards out. On third and long, Blake found Hunter Burcham for a perfectly executed screen pass and 42 yards later the Bears were on the scoreboard. Conner was again good for the extra point and the Bears took a comfortable 29-0 lead into the fourth quarter. Shoemaker backed up the Bears to their own 1-yard line and BCS turned to Sam Orick to get them out the hole. Sam responded with a 99-yard touchdown run to round out the scoring. Jonah was again good for the extra point. The Bears were impressive in their first outing and now they begin preparation for their September 8 contest with Central Texas Christian.

Started District play, 2-0 so far in the season.

Started District play, 2-0 so far in the season.

5/6 1A Flag Football team beat St Gabriel’s 19-0 in their opening game of the season!

3A flag football started the season with a 27-7 over St. Theresa’s.  Defense was strong and offense came on strong after a slow start.  Andrew Davis had an outstanding game with 2 interceptions and a touchdown.

Our defense played well. Cason Best, Sam Benton and Seth Taylor lead the team in tackles. Meyer Sunshine also stepped up and made some touchdown-saving tackles. Our running backs, Connor Rohlack and Sam Benton ran hard providing life to our offense but we still fell short to St. Stephens 18-0.