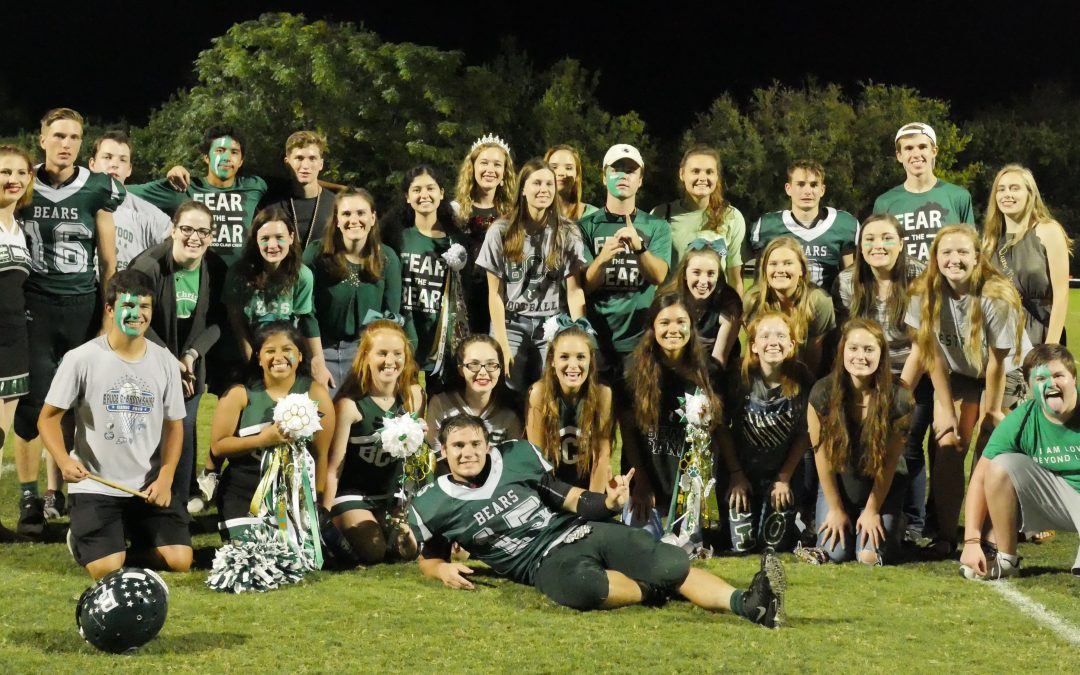 The Brentwood Christian Football Team hosted the Texas Military Panthers for the second time in two years and again hung on for an exciting victory.  Hunter Burcham provided the spark needed to get the Bears on the scoreboard with a 33-yard sprint to set Ben Ogbodiegwu for a 5-yard touchdown run.  Ben scored the second touchdown on an impressive kick return.  Jonah Conner was perfect on extra points for the night.  TMI made the game interesting by driving the ball the length of the field score late in the game but the Bear’s defense came up big and stopped the two-point try to seal the win. Bears win 14-12.

We had a meet in Georgetown on Friday. The girls team placed 2nd overall. MaeAnne Herring (9th, 13:53), Hannah Womack , Jade Klafehn, and Alyssa McLain all placed in the top 20.

The boys also had 3 finish in the top 20: Diego Escobedo, Isaac Stanglin, and Michael Milicia

Thanks to a relentless rush by Colton McLain and Amare Whitney and solid defense 3A was able to shut out St Andrews for another great win. It was a great team win against a solid opponent.

3A had a tough loss this week to a solid St Francis team. This was our first loss of the season.

The Bears pulled off a win with under 2 minutes left on the clock. Keller Jackson threw the game-winning touchdown to Meyer Sunshine. Keller also ran for a touchdown. The defense played well getting stops when needed. Sam Benton made several plays to get the defense off the field. Ethan Rivera also had a huge third-down stop.