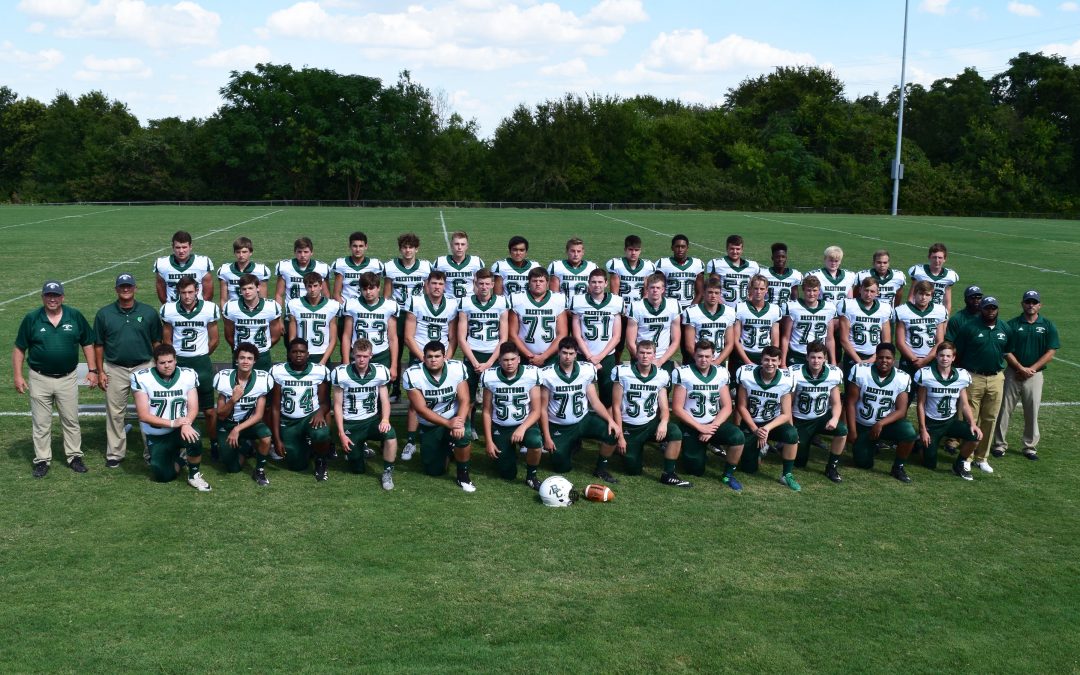 The play of the Bear Football Team was nothing less than heroic last Friday night. I talked of the story of Gideon earlier in the week and reminded them that the reason God had Gideon reduce his numbers in his army was so God’s power could be recognized. Both of our starting running backs could not play against San Antonio Christian. Jonah Connor had never started at running back; Curtis Mack was moved from offensive line to running back; and freshman Conner Rohlack had limited varsity experience. All three of these young men played at an amazing level.

Blake Benton was the leader at quarterback that kept everyone on the right page. There were times when we had to run plays that we had not had time to practice and Blake was able to tell everyone what to do. Jonah was injured during the game and because he was our punter and kicker, Curtis was forced to punt for the first time in a game. He responded with a fifty five yard punt. Conner Rohlack was next up at kicker and was two for two kicking extra points. His last extra point sent the game into overtime.

I was very disappointed after we fumbled the ball. Blake was injured on the play. They drove down and scored to take the lead. I told the team I was afraid they were going to let me down and lose the game. They did not let me down but made me as proud as I have ever been of a team. Blake came back into the game and led us on an amazing drive. Luke Jackson returned the kick to the midfield and Zack Billante caught a pass in the corner of the end zone to set up Conner’s game tying kick.

The Coach from SA won the flip and chose to play offense first which was good for us because if we stopped them we could kick a field goal and win the game. We held them and Rohlack ran the ball to their four yard line. Benton kept the ball on an option play and bulled his way in from four yards out. After we scored our team and crowd were quite because it was our first overtime game in the history of Brentwood football and many were not sure what had happened. We won.

There were many heroes in the game. The offensive line consisting of Zack Mack, Gavin Damra, Austin Balogh, Cooper Allen, and Isaac Copeland blocked for 360 yards rushing. The defense came up big in overtime and the whole team did their part. We faced tremendous adversity and no doubt in our minds the Lord had his hand on us.