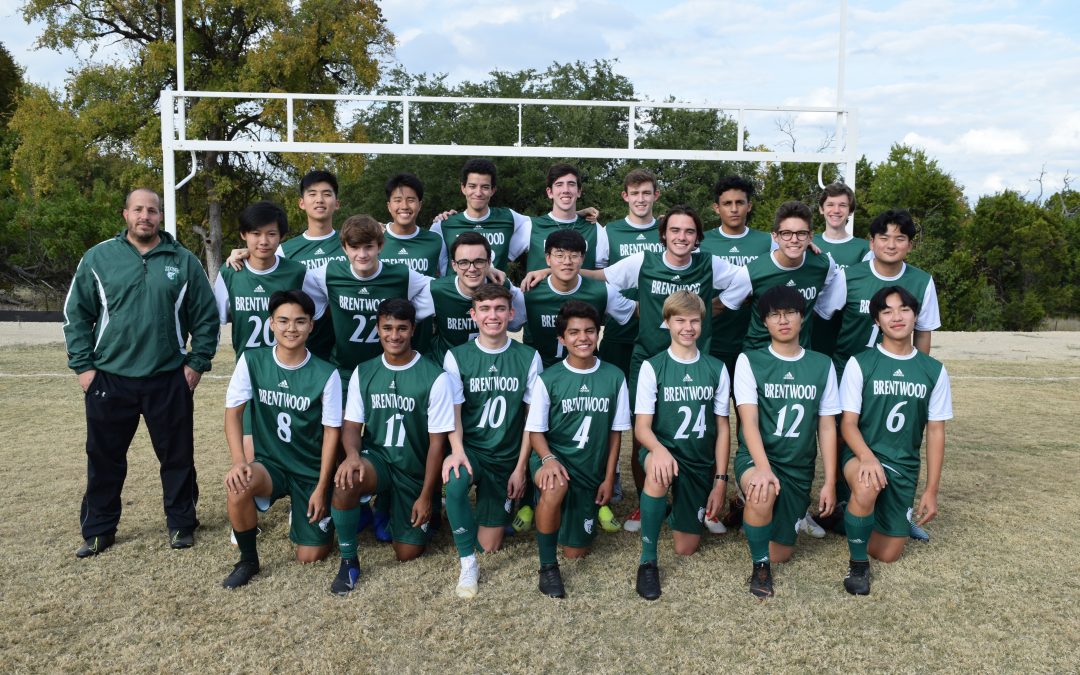 On November 19th our Bears soccer team traveled to San Antonio Christian (SACS) for their first game of the season. SACS scored a goal in each half for 2-0 win over the Bears. The player of the game was senior, Jose Real.

For the second time in one week, our boys played another away game. The Bears took on JPII on Friday, November 22nd and won with a score of 2-0. Junior, Joey Seo, scored less than a minute into the game. BCS led at halftime 1-0. With 20 minutes left in the game, Blake Juranek scored to seal the 2-0 victory.

On December 2nd our Bears had a scrimmage against Hill Country Christian and won! The Bears scored 4 goals and allowed 1 goal in the 1st half for a 4-1 lead. Our Bears then added 5 more goals in the 2nd half for a 9-1 win.

On December 3rd our Bears played their first home game against San Juan Diego (SJD) and they did not disappoint! Jackson Baird scored 10 minutes into the game for a 1-0 lead. Joey Seo added 2 goals for a 3-0 lead at halftime. 2 minutes into the 2nd half, Jonah Connor scored for a nice 4-0 lead. The Bears scored 5 more goals in the 2nd half for 9-0 win! Senior Elias Qussad had the highlight goal of the game.

This season is shaping up to be an exciting one! The boys soccer team has 2 home games next week, we hope to see our community out there cheering on our team!