Bragging On Our Bears 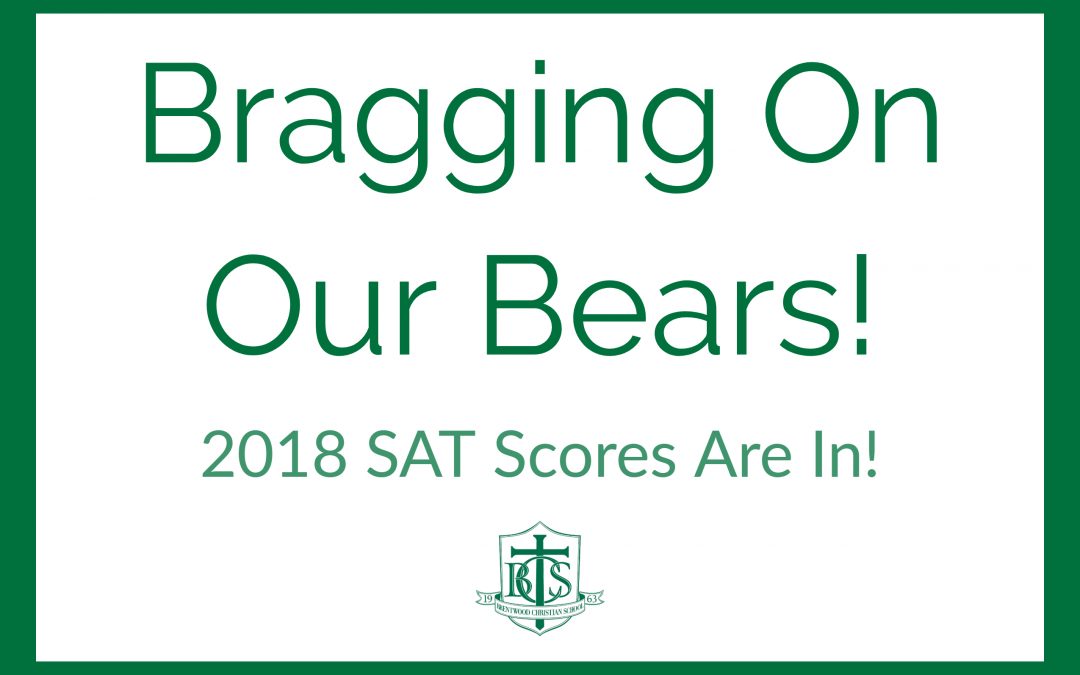 How about Evidence-Based Reading and Writing (ERW)? Our Bears scored 14% higher than the combined national average of all schools. They scored 15% better than public schools average, 7% better than religious schools, and 7% better than independent schools.

The SAT is the gateway assessment to higher education. Your Bears continue to test at the highest levels against all national competition. Stop and take a look sometime at the BCS Education Roadmap. The roadmap is posted in each building. What you will see in that roadmap is the purposeful planning for the SAT and college admission beginning in lower elementary and continuing through your Bear’s senior year. When you couple the education with the incredible BCS community and, most importantly, with the true purpose of all education – Christ, you begin to see why our Bears continue to excel at the highest levels locally, statewide, and nationally

So now let’s take a look at what these outstanding SAT results yield. We are often asked where our Bears go once they graduate. There is an assumption that they all head to a private, Christian school. While this is a wonderful outcome and some are blessed to do so, most of our students follow their passions and spread across the country following their educational dreams. Below is a list of schools that had multiple BCS graduates attend over the past 5 years. After the schools listed, we have had students go to schools ranging from Auburn to Vanderbilt and from Belmont to Ottawa. The great news is that our students are prepared and, for the most part, they have options to continue their education at the school of their choosing. Here are the most attended schools of BCS alumni:

A diverse student body that is excelling academically both on campus and in higher education across the country. This school and this community has sparked lights that are now the “city on the hill” across the country. These results do not occur in just the senior year for our Bears. They excel because of the social skills they learn early and the emotional skills they learn throughout and the academics that are tailored for college preparation and the focus on all – that Christ is the reason and the purpose we learn. If we glorify Him in our effort then the glory will be for our Father in Heaven. I truly believe that our Lord is pleased with our Bears!

It is a great day to be a Brentwood Bear!