Our Amazing Bears: Fall End of Season Athletics and Arts 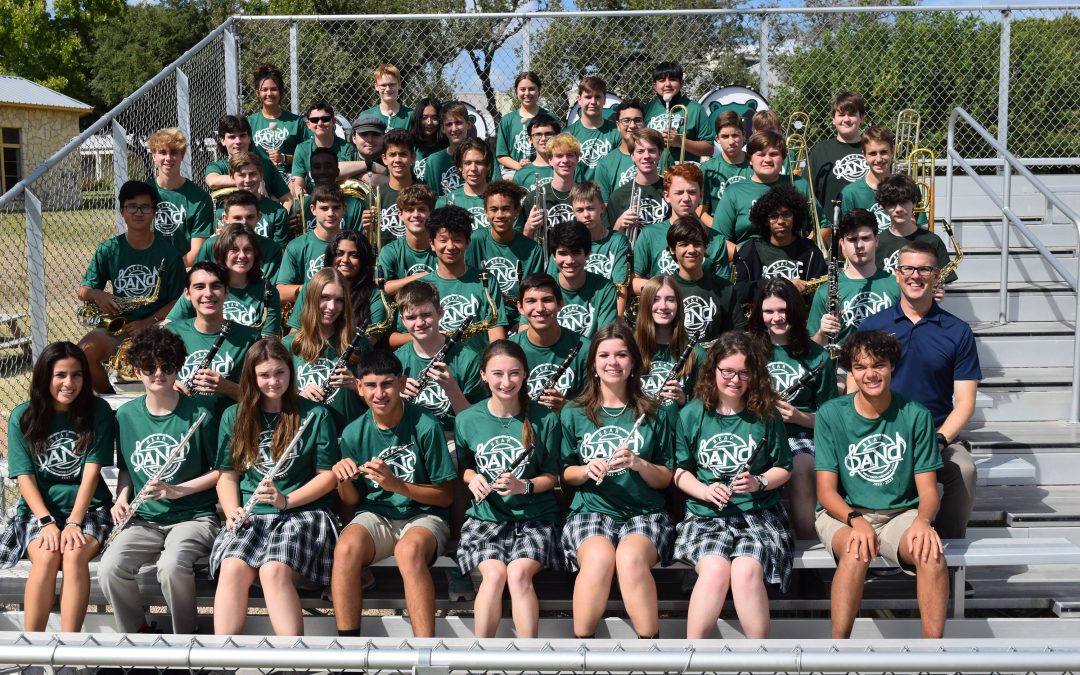 Our Bear and Lady Bear athletes and Band members have had a wonderful Fall season! Read Below for the end-of-season recap.

Our middle and high school region band auditions took place the first 2 weekends in December. The students listed below earned a spot in the all-region band. They will have the opportunity to perform in the region clinic and concert in January.

Our Cheer team competed in the TAPPS State Cheer competition on Tuesday, December 6th. This was the first time in over a decade that our cheer squad has competed at the state level. Our girls did a great job scoring an Excellent rating and coming in 12th overall in the Spirit category. Coach Julie Ann Harper said, “Going to State was definitely a learning experience for all of us. I am so proud of our Lady Bears and can not wait for next year.”

This year our Lady Bears Cross Country team took home the State title and broke some school records along the way. Harper Counts broke the 2-mile cross-country record time of 12:34 with a new time of 11:54 at the Salado Invitational. Harper also has the fastest 5K time of 18:29. Our Lady Bears typically run 2 mile races however Harper qualified for several Elite 5K runs.

Renne Cooper also broke the 5K boys cross country record.  The previous record was 17:48 set in 2014. Renne set the new record with a time of 15:52 at the FEAST Invitational.

Our Lady Bears made a valiant run for the State title this year! Our girls were state finalists and again broke some school records in what was one of the best seasons in BCS history. Our team had 44 season wins which broke the previous record of 36. They had a 21 game winning streak breaking the previous record of 16!

Our Bears football team had a number of All-Distric and All-State honors this season.