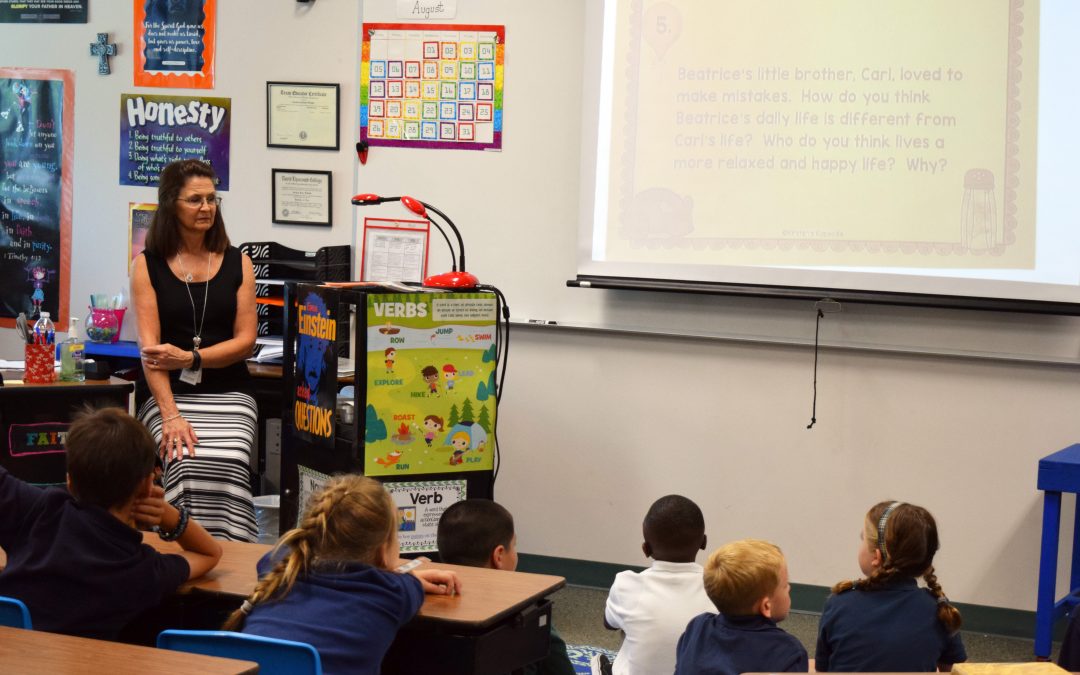 Many people describe teaching as a calling, and I believe this to be true. To work as hard as a teacher works, for the limited pay and sometimes limited respect, requires a sense of calling. I believe that to be called is to be chosen by God, and in the case of teachers, to be called by God to help change lives, and ultimately the world.

I once heard a speaker define learning as change; this resonated with me as I reflected on this idea of learning being synonymous with change. But I believe it is true. When a person learns something, it induces a change in that person’s life. It may be a small, barely discernible change, such as the addition of a new word to one’s vocabulary, or it may be a dramatic, highly visible change, such as learning to read. A person called to teach is called to bring about and to witness change in the lives of students.

It is no coincidence that Teacher Appreciation Week is in May, which is the last month of the school year for most schools. Students have been in school all year, and in May we celebrate the ending of one phase—a year—of their educational journey. At Brentwood Christian School we have graduations for students in kindergarten, fifth grade, and eighth grade as they transition to the next level of school—elementary, middle school, and high school, respectively. The big graduation is the high school graduation when students will move on to college and adulthood. Each student has learned and changed during the year; the changes sometimes small but always significant. As we celebrate these students, let us not forget to recognize the teachers who traveled with them, and will continue going with them, on this journey. The journey is not always easy, but the destination is worth it. Teachers have earned our respect and appreciation.