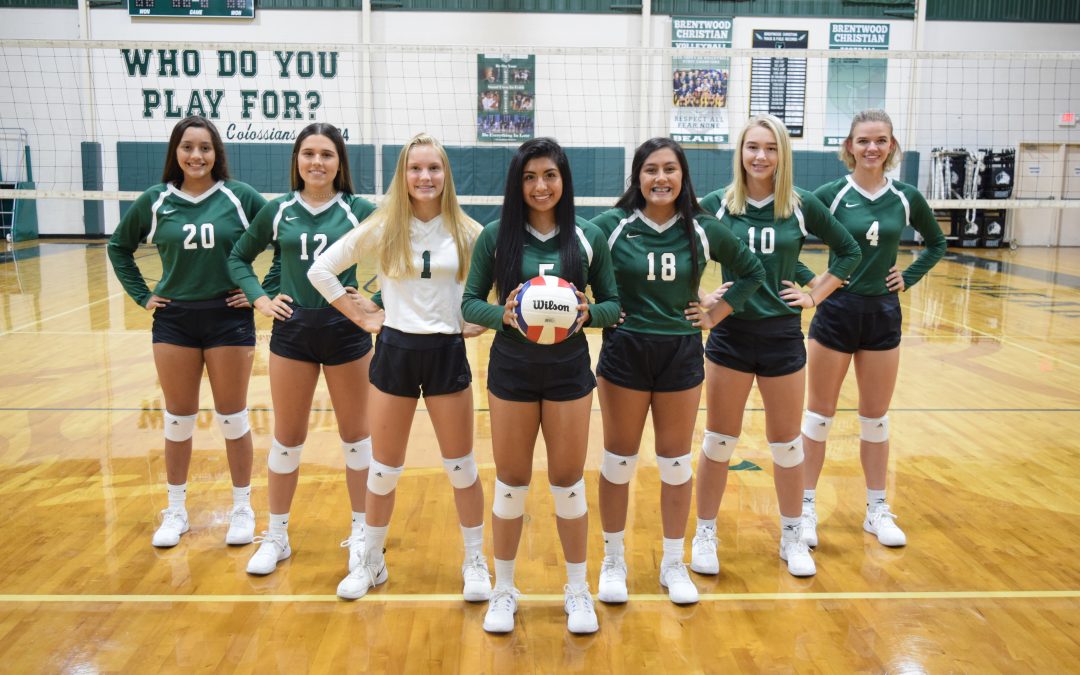 Rory Tyson has done an amazing job in her first year as the BCS Head Volleyball Coach! Our JV team improved so much over the season and the Lady Bears grew in both skill and confidence. Several of the schools we played had 3 teams (Freshman, JV, and Varsity) so our team of mostly freshmen and sophomores was often playing teams of mostly juniors, which really says a lot about their skill level and desire to compete.

The varsity season was an interesting one for Coach Tyson who stated, “I have never had to run so many different rotations in one year and believe I actually made up a new offense at the end. The girls were so flexible and trusted everything I asked them to do and by the end of the season, they weren’t surprised with anything I threw at them.” The last two games of district truly showed what our girls were capable of! We finished 3rd with highlights being the wins against Regents and Hyde Park and we were the only team to take St. Michael’s to 5 sets. Next year’s district is completely different; there will be 9 teams with the top 4 or 5 advancing to the play-offs. Coach Tyson says, “the new alignment will give us more opportunity to advance, but I don’t want to settle with squeaking in and I don’t think the girls do either!” Varsity ended the year with a winning record of 18-16-2.

Three of our Lady Bears earned the honor of being on the Austin American Statesman All-Centex Team. This accomplishment is a huge honor for our girls, coach Tyson, and the Brentwood volleyball program. The team is comprised of the top players from all divisions, TAPPS 1A – UIL 6A:

The Brentwood Christian volleyball team was also successful with All-District selections. Coach Tyson and the BCS Community are so proud of the girls for earning these individual honors. They each truly earned their spots!

To put all of this into perspective coach Tyson says, “Getting 6 girls selected to the all-district team is a big deal, especially with a varsity roster of 7 players and the other teams in our district each had 14-15 player rosters. I’m so happy that the other coaches recognized these girls for their God-given abilities and rewarded their hard work. We’re already working hard in the off-season to prepare for next season.”