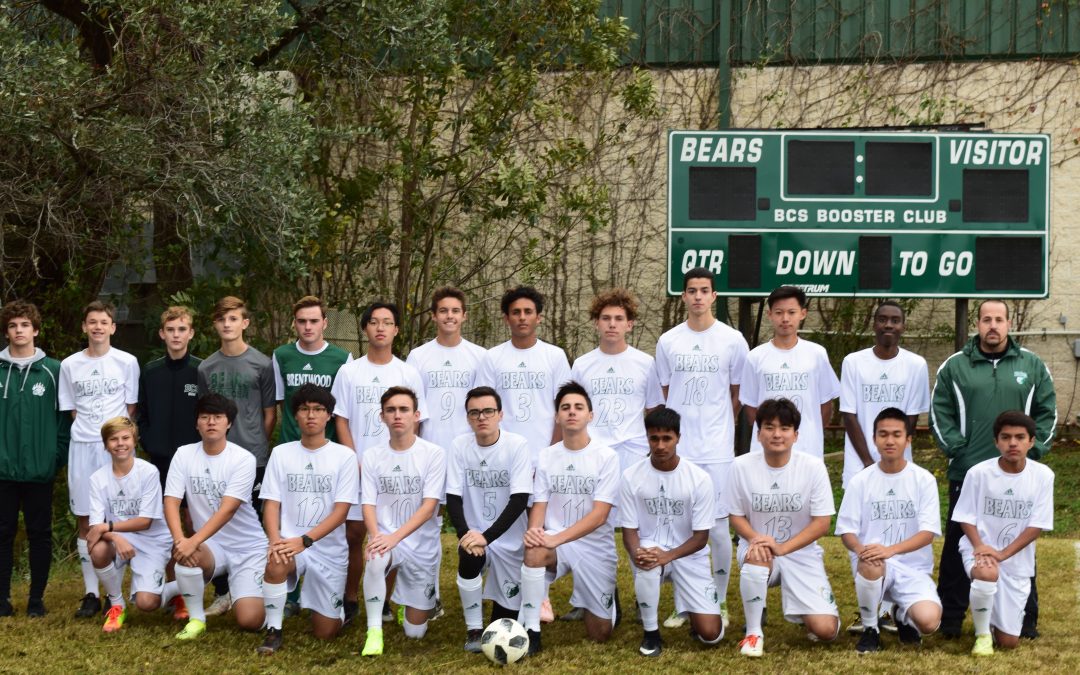 Our student athletes have been working hard on the court and on the field! The first week of November officially kicked off our winter sports season, read all about our student’s accomplishments below:

On 11/6/2018 Lady Bears played against the New Braunfels Christian Academy Lady Wildcats. Our girls won with an amazing score of 86-41.

On 11/9/2018 – 11/10/18 our girls basketball team played in the Rosehill Tournament! The Lady Bears took home another win over Bay Area Christian with a score of 55-40. Then played and won against John Cooper School with a score of 43-21

Day 2 of this tournament saw our Lady Bears take on Colleyville Covenant Christian Academy and Duchesne Academy of the Sacred Heart (DASH). The Lady Bears played hard but ultimately lost 34-48 and 42-45 respectively

On 11/6/2018 our Bears played and lost 80-51to Savio. Coach Greene said “The Bears basketball team fought hard in their opener against Savio. Although coming up short, there were good moments from the Bears as they played hard until the final buzzer although playing short-handed”.

The Bears were led in scoring by Connor Troutman with 12 points and Micah Best with 10 points as well as 4 rebounds. Nathan Ging contributed with 7 points and 5 assists.

On 11/7/2018 the Lady Bears soccer team played against JPII. Unfortunately, we lost 1-5 Julia Glenn scored our only goal with an assisted by Genevieve Graessle.

On 12/3/2018 our girls hit the field against San Juan Diego. Genevieve Graessle scored off a quick restart and took advantage of the other team’s slow reaction to this play. We tied 1-1.

On 11/27/2018 our boys soccer team lost against San Antonio Christian. Coach Jordan recounted the game saying, “Down 2-0 at halftime, BCS scored in first 5 minutes of the 2nd half to cut into SAC lead. SAC regained a 2 goal advantage with 25 minutes left in the game. BCS mounted another comeback scoring with 7 minutes to go to cut into SAC lead. Comeback came up short in 3-2 Loss”. Senior Adrian Batlle led the team with 2 Goals and was named BCS Player of the Game

On 12/03/2018 our Bears hit the field once again and pulled out an amazing winning score of 10-2 against Hill Country! BCS scored 2 goals in the first four minutes of the game for a 5-2 halftime lead. The Bears scored 5 more in the 2nd half. Standout Players: Adrian Batlle (BCS Player of the Game) with 4 goals and 2 Assists, and Riley Walker scored 3 Goals and 1 Assist. The Highlight of the Game was a 60 yard goal by Andrew Geevarghese to give Bears a 2-0 lead!